Origin of the haunting: 17th Century

Background of the haunted place: Construction started on the new hall in 1548 and it is one of the finest examples of Tudor architecture in Northern England. A modern conference centre masks the hall which is haunted by a White Lady. Her ghost tells the story.

Ghost story: I was a simple Catholic woman. I was at this hall during the Civil War and times were hard. However bad things got I never thought I would be betrayed by a priest. I was taught you could trust a man of the cloth. How wrong people were.

An army of Roundheads came to the house. They found the priest hiding here. He was such a coward. He offered to hang me himself to prove he was one of them and gain his freedom. The commander kept him to his offer and the priest hung me from a beam which can still be seen at the hall. My only consolation was that the commander did not believe the priest and had him executed anyway.

I still visit the hall; my favourite place is the Scarlet Room. 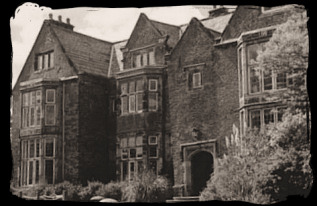